Skip to the content
/Home /Author archive for VPBWebmaster

Here are the tips for effectively responding to questions, especially the difficult ones:

The key to an effective conclusion to a presentation is to speak with conviction and answer with confidence.

So you have decided that you need counseling and want to seek help?  Are you unsure about whom to approach? Many individuals face this dilemma. The fact that so many professionals exist only complicates the matter. So how do you choose the right therapist? And what is the difference between a professional counselor and a non- professional counselor. This article answers these questions.

A professional counselor may be a psychologist, psychiatrist or a psychotherapist.

A psychiatrist is a medical doctor who specializes in diagnosis, treatment and prevention of mental disorders. A psychiatrist prescribes medicines as well as gives therapy to a patient.

Now, to answer the question as to why you should seek the services of a professional therapist. The professional is trained in the scientific therapeutic methods. They have the advantage of supervised experience in their therapeutic field .The validity and effectiveness of these methods has been proven by research over the years across many countries, cultures and social systems.  They are trained to be non-judgmental and non-biased. All information given to them by the counselee is kept confidential. Professionals do not give advice. On the other hand they act as facilitators in helping counselees with their problems

A non-professional counselor can be a lay person like a relative or a friend. They could also be volunteers, social and community workers. They may not have a degree in psychology. A non-professional counselor can be a good listener with basic counseling skills who is interested in helping you out with your problems. They may have a certificate in counseling, giving them knowledge and basic skills in counseling theory and methods. They may not have supervised training in therapy.

So, next time you decide to go for counseling, keep the above points in mind and then make your choice about whom to consult.

Psychological testing has become rampant across industries, more so in the case of Information Technology, BPOs and ITES companies. These tests are used to ‘throw up’ personality profiles and competency descriptions that would help companies recruit the ‘right’ candidate. The Human Resources department in most organizations is responsible for the administering of Psychometric tests.

ITC has defined Competence in test use as “A Competent test will use tests appropriately, professionally and in ethical manner, paying due regard to the needs and rights of those involved in the Testing process, the reasons for testing, and the broader context in which the testing takes place.”

There are many reasons why a test can be fallible-

Cognitive Behavior Therapy places a lot of importance of an individual’s  way of thinking. All of us are prone to some common mistakes or distortions in thinking. This in turn influences the way we perceive the environment around us, and our interactions with people.

Given below is an excerpt from the book “The Feeling Good Handbook ” by David D Burns, which explains the Cognitive Distortions.

We all tend to think in extremes…and when traumatic events happen we think that way even more. Here are some common cognitive distortions. Take a look and see if any of them are getting in your way.

There are many benefits of counselling to consider

The important thing to remember is that life has its ups and downs. A lot depends on the way you perceive a situation. If you feel that certain situations and circumstances are overpowering, use your resources, skills, intelligence to ride over the wave of problems. When life is good, enjoy yourself! 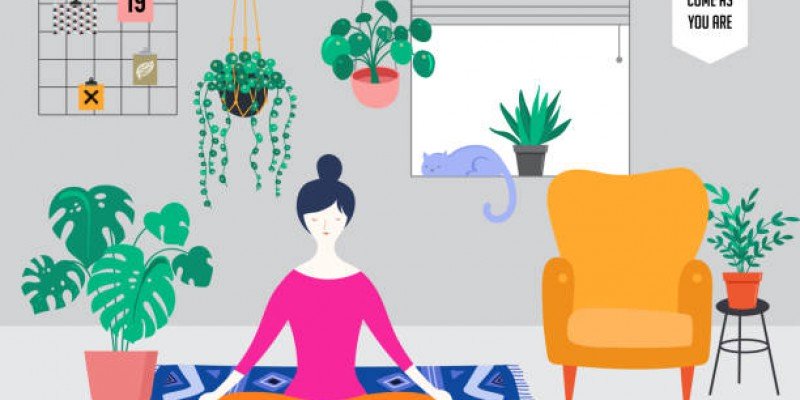 Stress is the physical and mental tension you feel when you are faced with  the demands and pressures that come from school, work, family. It could also arise from unrealistic rules and  expectations that you impose on yourself, from your obligations and from excessive self-criticism.

The Stress reaction tells you that you are under pressure. When under stress the heart beats faster, muscles get tense; you sweat, your mouth may go dry.

Stress cannot be eliminated but you can learn how to handle it effectively.

Is pathological lying a psychological problem?

Pathological lying as the name implies is definitely a psychological problem. It is a disorder wherein the person is unable to control his/her  irresistible impulse to lie. The pathological liar lies constantly, regardless of the situation and whether or not it is advantageous to lie! It is a habit with them and lying is often addictive.

Moreover, to make matters worse, pathological liars are usually unable to make a connection between their lying and the consequences of their lying on people around them.

What leads to it/ how is it diagnosed?

The causes are not very clear.

However dysfunctional family patterns, family lying patterns, fear of rejection, fear of disapproval by significant people in one’s life, a sense of inadequacy, very low self esteem, a desire to measure up to a person or persons who are better/ more important/ more privileged  than oneself,  lying as a defense mechanism to protect oneself from shame/blame/ abandonment, lying to save face, lying to gain attention could be some of the causes of pathological lying.

Can it be treated?

Treatment can be long and difficult primarily because the person denies anything being wrong with him/her. They do not feel the need for help. Consequently the motivation to change is also minimal.

In treatment, attempts to make the patients conscious of their  falsehoods could cause them much distress as often the lies are defense mechanisms used to protect their self image. So there is a higher chance of their discontinuing therapy.

What is the line of treatment followed?

Line of treatment could include therapy, medication or both.

Through therapy they could be:

How should the family deal with such behaviour?

In these days of rapid changes in the business environment, individuals need to continuously upgrade their personal and work related skills. They also require skills to effectively face the changing environment. Therefore personal coaching is becoming a welcome trend in organizations. Coaching is for individuals who are seeking to enhance their performance and perhaps reaching excellence in a given area of their personal or professional life.

According to the International Coaching Federation (ICF), coaching can be defined as “an ongoing partnership that helps clients produce fulfilling results in their personal and professional lives. Through the process of coaching, clients deepen their learning, improve their performance, and enhance their quality of life.”

Personal coaching focuses on an individual’s personal and professional goals and progress.It is future oriented and focuses on the resolution of problems and the achievement of results based on goals set by the individual. The assumption in coaching is that individuals are capable of generating their own solutions provided that they are given the required support, skills, knowledge. Coaches are persons with a set of skills they use to support people to achieve goals. The coach listens, provides observations and gives concepts and principles which can help in generating increased options and in identifying actions that could be taken by the individual. The emphasis in a coaching relationship is on action, accountability and follow through.

Some of the instances where coaching can be useful include:

Coaching helps people focus on what matters most in their business and personal lives. It puts them in charge of their own lives.

Coaching begins with a personal interview- face-to-face or through a tele-conference. In this interview, the individual’s current opportunities and challenges, personal strengths and areas of growth are assessed. Further, the scope of the relationship and specific desired outcomes are delineated, priorities for action are established. Subsequent coaching sessions may be conducted in person or over the telephone. The coaching session normally lasts for an hour but can vary depending on the individual’s needs. Sessions are held at  mutually convenient and agreed upon time periods.  Sessions could be held once or twice a month. Between scheduled coaching sessions, the individual may be asked to complete specific actions that support the achievement of one’s personally prioritized goals. The coach may provide additional resources in the form of relevant articles, assessments, or models, to support the individual’s thinking and actions.

The length of a coaching partnership could vary between 3 months to a year. Factors that could affect the length of time include: the types of goals, the ways individuals or teams like to work, the frequency of coaching meetings, and financial resources available to support coaching.

Anyone can become angry- that is easy.

But to be angry with the right person, to the right degree, at the right time, for the right purpose and in the right way- this is not easy.

Anil and Aniruddh came out of the business meeting, very angry. Their boss had been very critical of their work and had not even a word of praise for them. Anil followed the boss into his cabin, started shouting at him, and told him what he thought of him. He threw in his resignation  letter and walked out, still in anger.

Aniruddh, instead, waited till his boss was in a relaxed mood, and then, sought an appointment. He told his boss how terribly pained he was by his criticism and asked for clarification on how to improve his work. Aniruddh came out of his boss’ cabin, satisfied and with a better understanding of what his boss expected of him at work.

Anger is a normal reaction to any situation or person that we perceive as frustrating or threatening to our  wellbeing. However, when anger gets out of control, it can destroy our relationships and the quality of our life. Can we manage anger so that the immense energy produced by it can be useful to us? Yes, if we follow Aristotle’s diktat. Here are some tips to help you practise it:

You can decide whether you react in anger or with calm to difficult situations or people. Anger is a CHOICE YOU make.